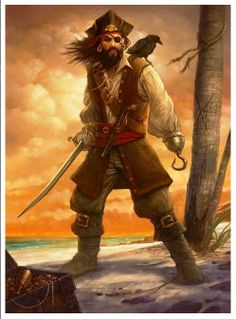 Brewing is a unique and fun way to earn TB in Eldin. Some of the most fun I've had on the server has been figuring out recipes and fine-tuning my ability to mass produce them. That being said, brewing is much less profitable than most other professions in Eldin.

Generally a brew sells for the sum of its ingredients. Because one cauldron of ingredients will create 3 brews, the TB you get from each ingredient has essentially tripled. This is only in the best-case scenario. For some apple drinks, even after the buff, the return is about 15TB per apple after being brewed, compared to the 10TB per apple just selling it at a market.

This 150% - 300% ingredient value increase sounds good on paper, but I believe it is devaluing the amount of time it takes to learn how to make a sell-able brew, and to actually make the brews to sell. Brews require glass bottles to be crafted, cauldrons to be filled, careful watch over fermentation time, time to age, and time to distill. Unlike massive farms, the brewing process cannot easily be expanded. One player can manage thousands of tiles of potato farms, yet one player can only manage about 10-15 cauldrons at a time without letting brews overcook or extra cauldrons sit empty and unused.

From my separate testing on a private server (and I know this is purely anecdotal), even with an infinite supply of apples and a streamlined process for creating as many brews as I could handle alone, it was still more time effective to just farm wheat, by about 180%.

To top it all off, unlike their ingredients, brews cannot be stacked. This makes it difficult to store large amounts of brews, and adds time to the selling process.

That was a very long-winded way of saying I believe brewery prices should be doubled. Brews are currently a fun hobby in Eldin, but not a viable way to earn TB. I do not think that doubling the prices will unbalance the economy in any way, but I do think it will make more players turn to brewing as a way to earn TB.

Rather than just doubling all of their prices outright, I have a suggestion for taverns:

A Tier 0 tavern would function exactly like the current taverns, only they would be slightly cheaper and only buy 3 brews, rather than 7.

To increase the tavern to tiers 2 and 3, the player will need to pay an additional fee and display a certain number of 5-star brews: 5 for tier 2, and 10 for tier 3.

This requirement to display 5-star brews will encourage players to dive deeply into the brewery plugin and fine-tune the recipes to be 5-stars. It will encourage recipe trading, and make brewery knowledge more valuable.

There will be two benefits to having a higher tiered tavern. First, the tavern will be able to buy more brews. Second, and most importantly, the tavern will pay more for each brew sold, up to double the original price.

Obviously any numbers, prices, and percentages can be tweaked.  These are just my brain's ramblings.  Thanks for taking the time to read this.

Sorry for the late reply,

Brewing has two main 'problems' that make it harder than other jobs on Eldin:

I don't think it has to compete with wheat farming in efficiently. As that's still quite a lot more dangerous outside with the mobs. While brewing can be done inside for the biggest part, because of the smaller scale.

Edit: I tried the sealing, but it doesn't help with the stacking issue.

This post was modified 11 months ago by damaster_k
ReplyQuote

Posted by: @damaster_k
The recipes change every map. While this makes it fun, it also makes it more work than any other type of jobs. Maybe limiting the different types of ingredients across all recipes would help? Saves in the amount of combinations to test.

Not sure where you heard that misinformation. Brewery recipes do not change every map, that would just anger the players that put in the effort to figure out the recipes.

On the subject of them not stacking, they don't stack because minecraft vanilla potions do not stack. That's what they are basically, just retextured potions. We couldn't make brews stack without allowing potions to be stacked.